Escape rooms as an educational tool 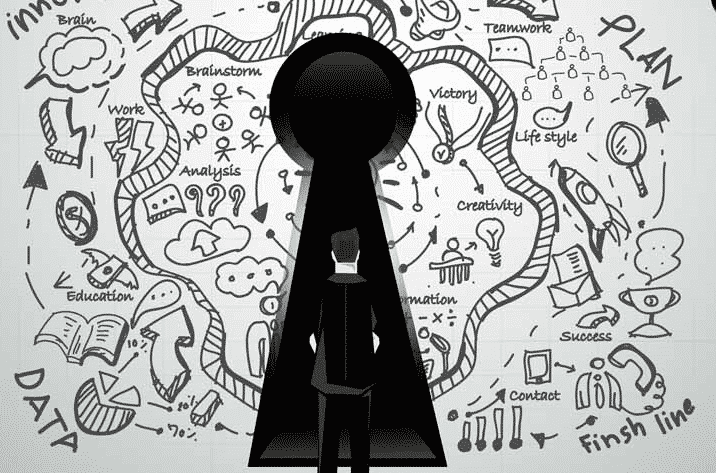 Tokyo, 1980: Namco Ltd. launches the game "Pac-Man" on the market.
Mexico City, 1968: The "Fosbury" technique is introduced in the high jump discipline.
Athens, 1896: The first modern Olympic Games were held.

Most of the time, while defining a historical event, we limit ourselves to indicating the location and date.

However, if we want to get to the bottom of it, these elements alone are insufficient. In order to accurately frame an event, it is crucial to comprehend the biographies of the people who took part in it, as well as the motivations that led them to make those decisions. Motivations and biographies.

Toru Iwatani hadn’t simply sat in front of a piece of pizza to create the best-selling arcade game in history. You have to understand the great disappointment he felt at the time towards the video game industry, which could only produce "violent war games". Moreover, he believed in the necessity to develop something that would be also appealing to a female audience, which was something extraordinary at that time.

You must first learn about Dick Fosbury to fully appreciate how groundbreaking his leap was. We must understand that behind the gold medal and the world record is the same athlete who chose that discipline because he couldn't do it in the others; and that the technique, now widely used, is the same one that made Fosbury an outcast, isolated from comrades who didn't want to train with him and the public who read the articles of a press bent on mocking and deriding him.

Pierre de Coubertin proposed the renewal of the Olympic Games during a convention at the University of the Sorbonne in Paris in 1894, paving the way for a new season for the sport as we know it today. However, dates and locations are insufficient.

Following the experience of the Franco-Prussian war, De Coubertin, a French pedagogue with a passion for sports education, aspired to discover a way to bring nations together, allowing them to confront each other in a context other than war.

“May joy and good-fellowship reign, and in this manner, may the Olympic Torch pursue its way through the ages, for the good of a humanity always more enthusiastic, more courageous and more pure.” Knowing Pierre de Coubertin's history and motives makes it easier to appreciate the significance of his words and the deeper meaning of those Olympic Games that are much more than just "games."

On February 11 and 12, 2020, five organisations from Italy, the United Kingdom, Spain, and Hungary gathered in Palermo to launch the project "ESCAPE RACISM - Toolbox to Promote Inclusive Communities." However, dates and locations are insufficient.

The five project partners, CEIPES, Coventry University, Cultural Association Eufemia, ASPAYM Castilla y Leon, and Támaszpont Foundation, all have the mission of promoting education and the development of skills that enable participation in a civil society capable of improving community living conditions.

The project's major purpose is to combat racism and prejudice while also promoting human rights among youth in order to build more inclusive communities. A "kit" will be developed for youth educators who want to tackle the field of human rights, intolerance, and racism prevention using non-formal and innovative methodologies, techniques, and approaches.

For example, through an educational escape room.

And if biography and motivation are not yet enough to understand that this isn’t just a game, simply follow the project and participate in the initiative.

We use cookies on our website to give you the most relevant experience by remembering your preferences and repeat visits. By clicking “Accept All”, you consent to the use of ALL the cookies. However, you may visit "Settings" to provide a controlled consent.

This website uses cookies to improve your experience while you navigate through the website. Out of these, the cookies that are categorized as necessary are stored on your browser as they are essential for the working of basic functionalities of the website. We also use third-party cookies that help us analyze and understand how you use this website. These cookies will be stored in your browser only with your consent. You also have the option to opt-out of these cookies. But opting out of some of these cookies may affect your browsing experience.
Necessary Always Enabled
Necessary cookies are absolutely essential for the website to function properly. These cookies ensure basic functionalities and security features of the website, anonymously.
Functional
Functional cookies help to perform certain functionalities like sharing the content of the website on social media platforms, collect feedbacks, and other third-party features.
Performance
Performance cookies are used to understand and analyze the key performance indexes of the website which helps in delivering a better user experience for the visitors.
Analytics
Analytical cookies are used to understand how visitors interact with the website. These cookies help provide information on metrics the number of visitors, bounce rate, traffic source, etc.
Advertisement
Advertisement cookies are used to provide visitors with relevant ads and marketing campaigns. These cookies track visitors across websites and collect information to provide customized ads.
Others
Other uncategorized cookies are those that are being analyzed and have not been classified into a category as yet.
SAVE & ACCEPT